If you have visited the school since the start of term, you have probably noticed at least some of the improvements that were completed over a very busy summer.  The programme of work was extensive and every part of the school has benefited.  Whilst some of the improvements are highly visible, the nature of some of the upgrades means that they cannot be seen.  Generous thanks go to the Bursar and his team for achieving so much and for ensuring that the school was ready to open its doors for the start of the new session.  It is impossible to provide a full list, but look out for some of the following next time you visit: 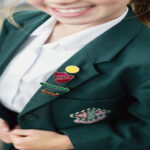 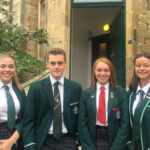