Mr Graham, P6 Teacher (and now Head Coach!), recently started a Junior School football team which is open to boys and girls from P5 to 7. A number of pupils were trialed and there are now 14 players who compete under the ‘Wellington School’ team name.

Mr Graham says that his team are already showing great promise; they are competing in three tournaments over this season so the weekly training at Doonside is crucial. However, Team Wellington won their most recent game last week against Tarbolton and a final score of 7-1 just shows how that training is paying off!

The team are looking particularly strong in the Craigie Cup Tournament and Mr Graham very much hopes that Wellington School’s football team will become a feature of life here. Given the enthusiasm and skill of the players, and the experience of Head Coach Graham, we do not think it will become any less popular! We look forward to sharing in the successes of our footballers this year – and beyond! 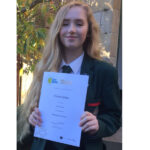 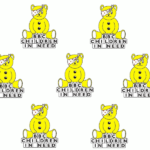