While no one relishes the sound of their alarm clock on a Monday morning, spare a thought for Mr Cartner, a Wellington parent whose alarm signalled the start of a momentous – and extremely arduous – day! Like Mr and Mrs Wyllie, our ten marathon wonder parents, Mr Cartner is challenging himself to an equally gruelling challenge all in the name of charity: a ten mile swim!
Think your Monday has been tough so far? Well, it is 10.30am and Mr C is already almost 4 hours into his 640 lengths!
Mr Johnson has already been to the Citadel, swimming alongside the ambitious fundraiser. He said ‘all is going well. When I left the Citadel at about 8.30am, Mr Cartner had swum more than 200 lengths and had nearly completed 1/3 of the challenge. There was a good atmosphere – Mitchell and Harry (S6) were there counting lengths and numerous visitors stopped by. Mr Cartner was in very good spirits!’
If you can spare even a few moments to look in and give him some encouragement, please do. In total, it is thought that the swim will take around 7-9 hours (finishing at approximately 3pm today).
If you would like to support Mr Cartner and the 6th year charity, Alzheimer Scotland – Ayrshire, your donations would be gratefully received: https://www.justgiving.com/fundraising/john-cartner-fatblokeswims
These photos show John Cartner in training – and yes, he and his wife ran with the Wyllies too!
Wellington Parent To Swim 10 Miles For Charity Today!2018-04-302018-04-30https://www.wellingtonschool.org/wp-content/uploads/2016/06/Full_Colour_Logo.pngWellington School Ayrhttps://www.wellingtonschool.org/wp-content/uploads/2018/04/mr-cartner-swimming-cover-2.png200px200px
Contact Wellington
Wellington School Carleton Turrets 1 Craigweil Road Ayr, KA7 2XH t. 01292 269321  |  e. info@wellingtonschool.org
Our School
The School
The Nursery
The Junior School
The Senior School
Departments 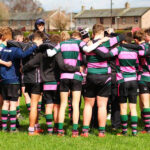 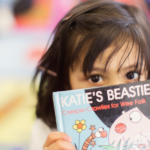