Wellington School has been delivering the Duke of Edinburgh’s Award or DofE since 1987. The DofE is the world’s leading achievement award for young people. It is a balanced programme of activities which develop the mind, body and soul in an environment of social interaction and team working. It encourages young people to live life as an adventure!

There are three progressive levels of DofE programmes which, when successfully completed, lead to a Bronze, Silver or Gold Duke of Edinburgh’s Award. There are four areas of the Award: Volunteering, Skills, Physical Recreation and Expeditions. Involvement in the Award requires commitment and initiative, and develops independence and confidence.

All pupils in S3 are encouraged to sign up for Bronze level meanwhile, in S4, they then progress to Silver. Pupils aged 16 or over are offered the possibility of attaining their Gold Award. 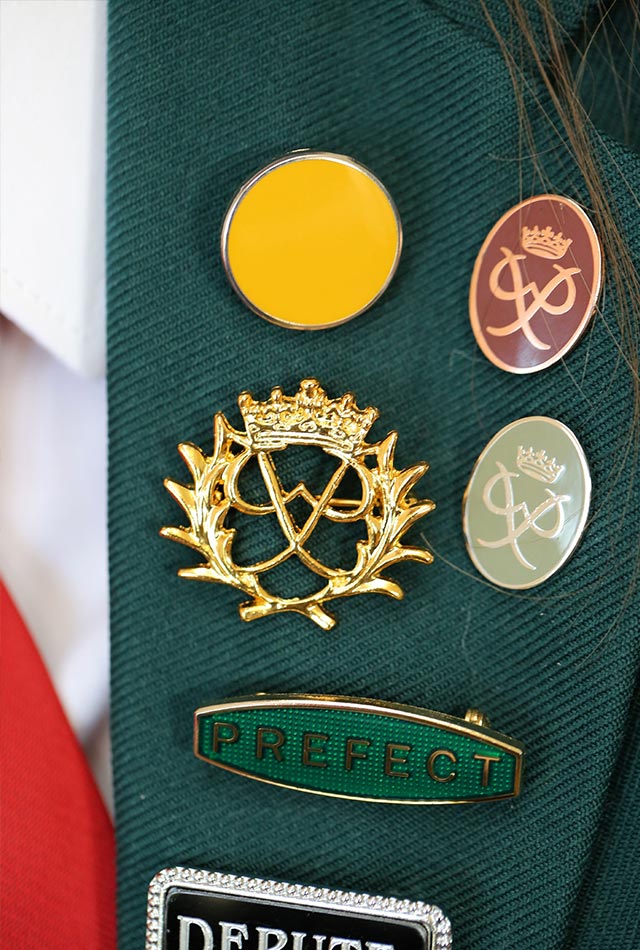 The DofE is celebrating its Diamond Anniversary throughout 2016, having supported millions of young people in the UK and across the globe to achieve DofE Awards since it was founded in 1956.

In May 2016, Mr O’Connell, Principal Teacher of Computing and Duke of Edinburgh Award Manager at Wellington attended a once in a life time Duke of Edinburgh’s Award Gold Award Presentation at Buckingham Palace. Mr O’Connell was presented with a special plaque from the DofE Charity by Michelle Mone, acknowledging the school’s commitment to running the DofE and thanking us for giving young people the opportunity to transform their lives.

Wellington School has been delivering the DofE since 1987 and since then, a great number of pupils have achieved a DofE Award after volunteering in their community, learning a skill, getting fit, going on an expedition and, for Gold, taking part in a week-long residential. TheDofE programmes significantly impact on young people’s futures, enabling them to develop vital skills for life and work, such as confidence, commitment, resilience and team work. It is widely acknowledged as the world’s leading achievement award for young people. 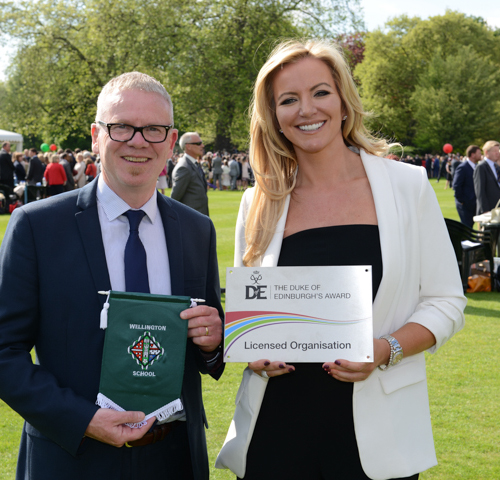 “Wellington has held a licence to deliver the DofE for almost 30 years and I feel honoured to have been invited to Buckingham Palace to receive a commemorative plaque to acknowledge and say thank you for our work with the Charity during its Diamond Anniversary year. Our young people are encouraged to push themselves outside of their comfort zones when doing their DofE and the skills that they develop can be life-changing. It is something very special.”

– Mr O’Connell on Wellington’s involvement with the DofE

“Through the DofE, Wellington School is inspiring the success of its young people; equipping them with the attributes and skills to get a job and build strong relationships whilst opening up their worlds and introducing them to a broad range of interests. We are truly grateful for the work that you do, you’re an integral part of the DofE family, and our Diamond Anniversary is a fantastic opportunity to say thank you.”