Team GB’s mixed curling team produced a golden performance in Sarajevo when they beat Switzerland 6-2 in the final to become European Youth Olympic Festival mixed curling champions. The result provided the quartet with a perfect finale as they maintained an impressive 100% record across their eight matches.
Ahead of the final, Robyn Munro described their unbeaten run as a ‘dream week’ and they ended their campaign in appropriately dominant style over the Swiss side who had matched the Team GB record of seven wins heading into the gold medal game.
The team, skipped by Hamish Gallacher and featuring Angus Bryce, Robyn Munro and Inca Maguire had also enjoyed an emphatic 8-2 win earlier in the day against Poland in the semi final after only six ends.
Gallacher who hails from Sanquhar, said: “It’s an amazing feeling – it’s been a lot of hard work in the build-up to this event. We would have been happy with a medal, but the fact it was gold is outstanding.
“We were coming in with the mindset that we would like to medal. Once we got into the semi-final, we realised that we just wanted to get the job done and end the week on a high.
“We got off to a really fast start in the final. I think we were leading 3-1 at half-time. We went in with everybody really buzzing and the adrenaline was pumping. I was really proud of the team being able to manage their emotions throughout the whole game.
“Eight wins out of eight – if you’d have said that at the start of the week my jaw would have dropped. We’ve played some quality curling this week and the fact we have been able to fulfil our potential has made us so happy.”
Lead Inca Maguire said, “I can’t get the smile off my face, I’m so happy right now. I was hoping to medal at the start of the week, but I never really thought it would happen.
“When I had the medal placed around my neck, it was an amazing feeling. This is my first ever gold medal at my first European Youth Olympic Festival – hopefully this is the start of things to come”, she added.
That gold was the second medal won by Team GB in Sarajevo following Gabe Adams’ snowboarding big air bronze the day before.
TEAM:
Angus Bryce – aged 16 from Kelso, Scotland
Hamish Gallacher – aged 16 from Sanquhar, Scotland
Inca Maguire – aged 15 from Forfar, Scotland
Robyn Munro – aged 15 from Stranraer, Scotland
Team GB Takes Gold at Sarajevo 20192019-02-182019-02-18https://www.wellingtonschool.org/wp-content/uploads/2016/06/Full_Colour_Logo.pngWellington School Ayrhttps://www.wellingtonschool.org/wp-content/uploads/2019/02/team-gb-curling.jpg200px200px
Contact Wellington
Wellington School Carleton Turrets 1 Craigweil Road Ayr, KA7 2XH t. 01292 269321  |  e. info@wellingtonschool.org
Our School
The School
The Nursery
The Junior School
The Senior School
Departments 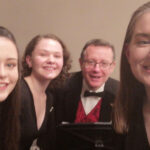 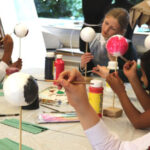