The International Education Concert Programme continues to thrive and develop under the stewardship of Mr Haggerty and his department. As many of you know, 41 pupils, Mrs Haggerty, Mr Johnson, Mrs Bowyer and Mr Levif travelled to Salzburg, Austria, where the Chamber Choir and Orchestra toured with their full-length programme of classical and Scottish music as well as some musical theatre. Pupils and staff gave two concerts, one at Christuskirche and another in Bad Ischl (a spa town east of Salzburg). Both were extremely well received and the impromptu ceilidhs they held on the streets of Salzburg in order to promote their events (an ingenious marketing strategy devised by the pupils themselves) really caused a stir. Mr Levif even played his bagpipes which made ceilidh even more authentic!

When the group visited Mozart’s House, Mr Haggerty left promotional leaflets on the great composer’s piano – if Mozart had been alive, we are sure he would have taken time out of his schedule to attend one of Wellington’s performances!

The Sound of Music tour was another highlight as was the pit stop in Munich for BMW World and the Hard Rock Café.

Mr Haggerty said ‘I really cannot stress how successful this tour was. Pupils are used to performing in Carleton Turret Hall, packed full of parents, staff and peers but the people who attended our concerts in Austria knew nothing of Wellington. They came to see us because of the skill of our musicians (as witnessed on the streets) and their affable manners. When we played in the Christuskirche, we left the doors wide open – it was an idyllic setting. Many people lingered at the door and then came in. It was a wonderful endorsement for a spectacular group of young people.’

There will be more about the Choir and Orchestra’s Austrian Tour in this August’s issue of The Turret. 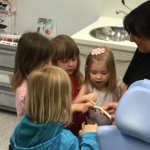 Afraid Of The Dentist? Not Our Nursery Children!News 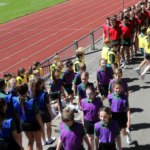