Twenty seven S4 History and Modern Studies pupils had the opportunity to visit London in early September as part of their National 5 courses. After catching an early flight to London City airport on the morning of Thursday 7 September, the pupils visited the Museum of London in Docklands. The focus of this visit was the slave trade, which forms a major part of the History course. The museum provided the pupils with a valuable insight into the UK’s role in the triangular slave trade and Wellington’s historians were able to discover more about London’s central role in the process through an examination of primary sources from the era. Later that day the pupils enjoyed a trip to the theatre to see Wicked in London’s West End.

The second day of the trip involved a whole day visit to Westminster.  The key themes of representation and participation in the UK’s political system are central to the Modern Studies National 5 course. The day began with a tour of the Palace of Westminster, visiting both the House of Commons and the House of Lords. Pupils even got the opportunity to watch a debate in the House of Lords. Pupils then participated in an educational workshop on the subject of voting and electoral systems. This provided a great opportunity for revision of the Democracy unit and served to consolidate learning through active experiences with expert staff from Parliament.

After a quick whirl on the London Eye, Mr McDougall and Ms Hyslop led a walking tour of Whitehall to look around the main offices of Government and the Cenotaph before culminating at 10 Downing Street. The pupils arrived back in Glasgow late that evening. They stepped off the plane having learnt a great deal about the UK’s political system and the role of the slave trade in shaping our nation. 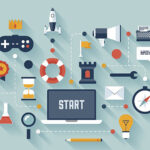 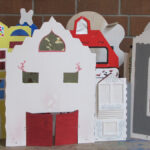