It is hard to not have heard about it but the Winter Olympics are back! The Games are being held in the South Korean county of Pyeongchang between the 9th and the 25th of February 2018 and 92 nations will be participating, including, of course, Team GB…
We are thrilled to announce that a former pupil of Wellington will be counted as one of the 107 Olympians competing at the event. Kathryn Thomson was a quiet, hardworking pupil who was dedicated to her sport, short track skating. We sadly lost her to her passion at the end of 4th year, when the now 22 year-old left school to become a full time professional athlete. Soon after leaving school, Kathryn moved to Nottingham where she began to train with the national team. This decision paid off and at the age of 17, she won silver at the European Youth Olympic Festival and was selected to carry Team GB’s flag in the closing ceremony. Last year, Kathryn also competed in her first world championships finishing 15th in the 500m.
The national press has covered Kathryn’s achievements and, most recently, The Herald newspaper stated ‘Thomson, determined and diminutive in equal measure, is a star on the rise’. Kathryn’s future definitely bodes well and we wish her our very best in the upcoming Games. Her enthusiasm and experience will, we have no doubt, motivate and inspire current pupils to pursue their own goals and we look forward to welcoming Kathryn back to school when she returns from South Korea.
Qualifying for Pyeongchang 2018 is a career highlight for the Kilmarnock athlete and former Wellington pupil who told The Herald that this experience will be invaluable: “it will be about soaking up all the experiences I can and feeling comfortable with being an Olympian. I’m not putting myself under too much pressure right now, that time will come but now it’s about having fun.” Short track skating is a fast-paced sport, where around up to six competitors jostle for position (in speeds reaching 30 mph) on an oval track, 60 by 30 metres in length.
Watch Kathryn and the other members of Team GB compete LIVE on Eurosport and Eurosport Player on Saturday, February 10 at 10am.
Good luck from everyone at Wellington, Kathryn!
PyeongChang 2018 Awaits Former Wellington Pupil, Kathryn Thomson 2018-02-062018-02-06https://www.wellingtonschool.org/wp-content/uploads/2016/06/Full_Colour_Logo.pngWellington School Ayrhttps://www.wellingtonschool.org/wp-content/uploads/2018/02/kathryn-web2.png200px200px
Contact Wellington
Wellington School Carleton Turrets 1 Craigweil Road Ayr, KA7 2XH t. 01292 269321  |  e. info@wellingtonschool.org
Our School
The School
The Nursery
The Junior School
The Senior School
Departments 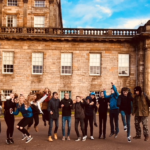 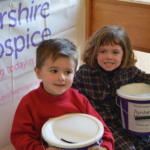