P5 have been exploring the topic of Space and Electricity!

As part of STEM fortnight, P5 have been exploring the topic of Space and Electricity.

The mobile planetarium came to Carleton Turret hall and while under the dome, the children were shown the stars and planets directly visible to them in ‘real time’. The children also learned about space travel and the competition to send a Rover to the moon. They watched the moon landing in 3D and thought it was out of this world!

They could not believe the latest news about other planets found as recently as this week and discussed the impact that could have on future exploration.

The children have assembled a NASA spacecraft glider and tested the performance of the aerodynamics in the open air.

The children have been investigating circuits and electricity and specifically concentrating on testing circuits; using batteries, wires, bulbs and switches. They have been successful in drawing and annotating a complete circuit and indicating the purpose of each part and have been testing materials to find out which are better conductors. From these photographs you can see how switched on they were! 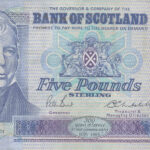 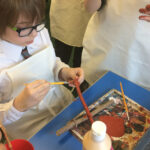