Modern Languages can be combined with almost any degree, making graduates more attractive to employers. Degrees partnered successfully with languages include, but are not limited to, Medicine, Dentistry, Veterinary Medicine, Law, Accountancy, Business, Music, International Relations, Finance, Engineering, Psychology, and Biomedical Sciences. At least two languages are required for unique courses such as the triple language degree at the University of St Andrews or one of the Interpreting and Translating degrees offered by Heriot Watt University.

Wellington School is the only school in Ayrshire which offers four languages (French, German, Latin and Spanish). In the Senior School, all pupils study French in P7, S1 and S2. A second language is introduced in S1 and at this stage, pupils may choose German, Spanish or Latin.

Pupils are encouraged to develop their literacy skills through the ample and varied opportunities to read, listen, talk and write in their chosen language and to reflect on how this relates to English. The National 5 course enables learners to understand and use a modern language, to apply their knowledge of a language, and to develop planning, research and language skills.

As well as consolidating their ability to read, listen, talk and write in their chosen language, pupils will also develop more sophisticated skills such as translation and will apply knowledge and understanding in a range of contexts.

The Advanced Higher course is focused on the advanced skills of reading, listening, talking and writing, in order to understand and use a modern language. As in the Higher, pupils will consolidate their translation skills and application of knowledge and understanding to a range of contexts.

Wellington School offers the Scottish Baccalaureate in Modern Foreign Languages in S6. In 2016, three pupils achieved this qualification and one of the Interdisciplinary Projects has been requested by the SQA as an exemplar for future years. Pupils may choose to complete the Interdisciplinary Project on its own or take course units at Higher or National 5 in any of the three languages. 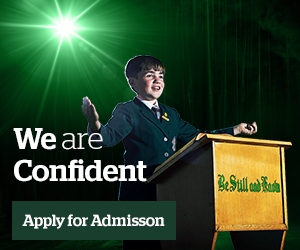 Wellington employs native speakers as Foreign Language Assistants each year. They provide pupils with the opportunity to learn more about the language and culture of countries where the languages are spoken. For those who wish to consolidate or extend their knowledge further, support from Modern Languages staff is always available.

The school participates in a range of national competitions where younger pupils are encouraged to develop their knowledge and use of foreign languages with the support and encouragement of staff.

Through the many opportunities available to them, pupils build a portfolio of linguistic, cultural and citizenship experiences which lead to the award of the UCAPE diploma at both junior and senior level.

The department coordinates the Erasmus Programme within the school with specialist staff from other subject areas. Pupils have recently travelled to France, Germany, Slovenia, Hungary, Bulgaria and Romania.

There is a weekly international song club where pupils write their own songs and music.

P7 and S1 pupils can take part in frequent educational visits to France and Belgium.

The cross curricular rugby exchange is a highlight of the fixtures lists for S1 and S2 players. The teams travel to Wellington’s partner school near Paris and the French team come to Ayr at another point in the academic year. Boys stay with the family of their corresponding shirt number.

There are group exchanges for pupils in S2 and S3 to France, Germany and Spain. Senior pupils are also offered individual exchanges to Wellington’s partner schools in these three countries.

The department coordinates the British Council Global Partnership Programme with other subject areas and S5 and S6 pupils have the opportunity to visit India and to spend time at Wellington’s partner school in Jaipur.