Not in Our Changing Rooms!

Friday marked the start of the Scottish Women’s Aid’s 16 Days of Activism campaign, which seeks to highlight and eradicate domestic abuse and violence against women. Mrs Ulph has been working with a mixture of S5 and S6 pupils who gave an informative assembly this morning where they talked about misogyny, the prevalence of “locker room talk” from a certain faction of American politics and the use of phraseology which damages the work that has been done to remove gender stereotyping from our society.
Driven by senior pupils, Wellington will be taking part in 16 Days of Activism and the Not in My Changing Room campaign (the Wellington equivalent of Not in My Locker Room, a furore which took place online where countless professional athletes in the US decried President-elect Trump’s statements about women).

If you want to contribute to the debate and make a positive change like us, please follow the lead of Wellington pupils and call out misogyny and gender stereotyping both online and in our communities. Pupils and staff will be painting one fingernail white for the sixteen days to show their support for the one in five campaign too (about 1 in 5 children in Europe are victims of some form of sexual violence).

Get involved in 16 days of activism by sharing your photos, messages and videos On facebook.com/SayNO.UNiTE and twitter.com/SayNO_UNiTE using #orangetheworld and #16days.

The Council of Europe’s 1 in 5 Campaign: http://www.coe.int/t/dg3/children/1in5/default_en.asp 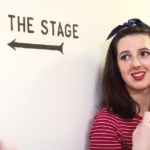