6th Year pupil, Marshall Illingworth recently competed at an all-ages open water tournament, the Cyprus International Swimming Marathon, in Lanarca, Cyprus where he represented Scotland. On the Saturday, Marshall swam 5km in 59.57.91 and was placed 11th; then on the Sunday, he took competed in a 10km swim in 2 hours 5 minutes, finishing 7th. To put things in perspective, 5k constitutes 100 lengths of an Olympic size swimming pool and 10k is 200! Marshall’s performance in Cyprus is outstanding especially since this was his first open water (sea) competition!

In September, Marshall competed in the School Games, a European level tournament, where he was placed 5th in the 1500 metres. He also attended the ‘Scottish Swimming Awards Evening’ and was awarded the ‘Eian Prentice Memorial Trophy’ by British Swimming, in recognition for his achievements in Junior Open Water Swimming.

Marshall’s continued success and British ranking (he is placed 6th) is testament to his talent and all the hard work he puts in to training. Wellington School’s championship swimmer aims to clock up 50k metres per week with sessions before and after school (approximately 24 hours per week). When asked if swimming got in the way of his school work, Marshall says that he tries to maintain a balance, but as a recipient of straight As in his Highers, he clearly needs no help in managing his time effectively! We believe that physical activity is an important part of Wellington life and every pupil is encouraged to pursue extracurricular sports where possible. Not only do sports, dance and other activities such as yoga help keep children healthy, they are an excellent tool in dissipating anxiety or stress. From the Junior School upwards, there are opportunities for every taste and ability.

Of his swimming prowess, Marshall said “I enjoy swimming and will take it as far as I can, but I actually want to become a dentist”. Well done Marshall, we’re ‘rooting’ for you! 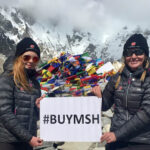