A fortnight ago, Mrs Lomas put a challenge to every year group in the Junior School, from the Nursery to P6. The challenge involved using science, technology, engineering and maths (STEM)to construct a tower made our of…paper!
They children thoroughly enjoyed the task they were set, especially because it meant working together as a class and keeping their design and construction techniques top secret! The rules were simple: make a free standing tower using newspaper and sellotape or masking tape, no other materials.
The children started by researching impressive structures such as the Eiffel Tower and the Leaning Tower of Pisa and they also used the internet to research construction techniques (paper rolling, for example).
The big reveal took place at a special assembly on the 27th of February and the results were spectacular. The judges, Mr Johnson, Mr Cox and Ms Johnston, gave awards for their favourite examples of the tallest and the most aesthetically pleasing structures.
Ms Johnson chose P5’s tower, complete with a photo of Mr Cox at the top, as her favourite tall structure. Then she chose P4E’s ‘beautifully decorated’ tower as the most aesthetically pleasing example. Mr Cox chose P1 for his tallest tower award and P6 for their intricate and creative entry. Mr Johnson chose the Nursery’s tower for the tallest award because compared with the height of its builders, it was vertiginous! Unlike some of the other gravity-defying examples, Mr Johnson could guarantee that the Nursery’s entry would definitely still be standing by the end of the school day. P6’s triangular structure caught Mr Johnson’s eye because while the shapes provided strength, they were also very artistic. He noted that the tower looked different from every angle which made for a very aesthetically pleasing tower in his opinion.
View the photos here
Junior School STEM Challenge2019-03-052019-03-05https://www.wellingtonschool.org/wp-content/uploads/2016/06/Full_Colour_Logo.pngWellington School Ayrhttps://www.wellingtonschool.org/wp-content/uploads/2019/03/junior-school-stem-challenge-web-cover.jpg200px200px
Contact Wellington
Wellington School Carleton Turrets 1 Craigweil Road Ayr, KA7 2XH t. 01292 269321  |  e. info@wellingtonschool.org
Our School
The School
The Nursery
The Junior School
The Senior School
Departments 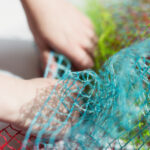 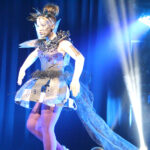