On 12 April 1961, Soviet Cosmonaut Yuri Gagarin carried out the first ever manned spaceflight. Fast forward 57 years and students and teachers from Wellington School celebrated this landmark day – which has come to be known as the International Day of Human Spaceflight – in Ljubljana, Slovenia. Teachers and pupils from our seven partner schools also participated in this event (as part of the initial EU Erasmus funded Eurostronomia mobility) held at St. Stanislav’s Institution. The event was opened by Mr McPhee, Head of Science at Wellington School, who described the experience of meeting an astronaut by two Wellington pupils, Meera and Mahesh Mohankrishnan.
Meera, Mahesh and their mother, Manju, recently visited Belfast, Northern Ireland, to hear Commander Chris Hadfield speak about life on the International Space Station. As astronomy fans, they asked him: ‘Did you watch the Space X Falcon Heavy launch and do you think that there is a role for privately funded missions to complement state funded missions in the future?’ Commander Hadfield replied saying that he had watched it and that private companies would have to work hand in hand with government space programmes to facilitate space travel to other planets.
Mrs Mohankrishnan summed up the encounter by saying that ‘we met up with Commander Hadfields afterwards and I have to admit, we were all a bit starstruck (literally) and lost for words at being in the presence of someone who had lived in outer space. It was a great experience. I am hoping that some of his enthusiasm for learning and being prepared for any eventuality has rubbed off on my offspring!’
The photo shows Meera and Mahesh with Chris Hadfield and Pluto, our Eurostronomia mascot. 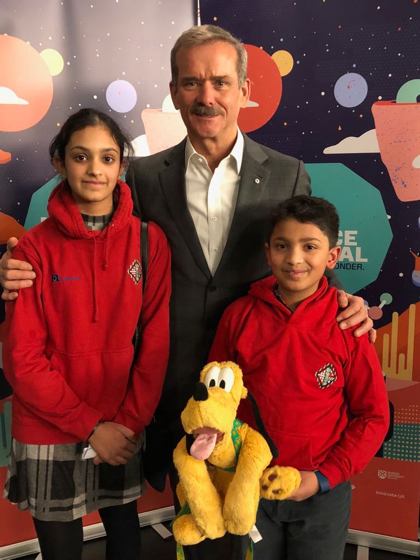 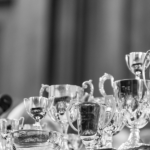 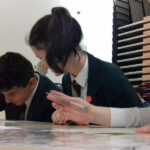