Not only did they survive, but our triathletes finished a very respectable 5th team out of the 17 teams competing in the Helvellyn Triathlon yesterday. There were 375 entries in total – mainly individuals – and our team finished in 54th position overall.

Miss Duffy’s swim was incredibly fast, registering 21 minutes and 40 seconds on the clock. She was 29th overall and 5th fastest female!

Mr Ness’s cycle and Mr Johnson’s run saw them both finish well within the top 100 competitors for each leg. Our dream team has done Wellington proud… will they reunite for more challenging triathlons in the future? Here’s hoping so!

Thank you to everyone who has already donated – remember, all of your donations will go to this year’s 6th year charity, which we hope to announce in the course of the next couple of days. NB you can still donate by click the button at the foot of this post – many thanks!

This Sunday (the 2nd of September), Mr Johnson, Mr Ness and Miss Duffy are tackling the Helvellyn Triathlon in the Lake District. This is one of the toughest triathlons in the world which involves a swim in the crystal clear Ullswater (the second largest lake in the Lake District at approximately nine miles long and 0.75 miles wide with a maximum depth of slightly more than 60 metres); a cycle which will include ‘the infamous “struggle” to the top of the Kirkstone Pass (1489ft)’; and finally, a run up and down Helvellyn (a 3118ft high mountain).
Miss Duffy, a former swimming champion, who swam for Scotland, will swim; Mr Ness, fresh from ‘training’ in the Italian hills during the summer, will cycle; and Mr Johnson, who enjoys running up hills when he gets the chance, will scale the mighty Helvellyn.
In response to Mr Ness’s assurances that Mr Johnson was going to be the fastest of them all, Mr Johnson said ‘I am without doubt the weakest link. My biggest fear is being handed the baton with our team in first place and then going on to finish last! The run leg does a beautiful loop from the shores of Ullswater to the summit of Helvellyn via Swirral Edge and then back to the lake. I may have to stop to admire the views from time to time…’
All three athletes will be pushing themselves to the limit in aid of our 2018/19 charity (an announcement will be made in early September) so please give as generously as you can – every penny will go directly to the charity and it will give Mr Johnson, Mr Ness and Miss Duffy the momentum to keep going!
DONATE HERE
First Charity Event of Academic Year 2018/19: The Helvellyn Triathlon2018-08-282018-09-04https://www.wellingtonschool.org/wp-content/uploads/2016/06/Full_Colour_Logo.pngWellington School Ayrhttps://www.wellingtonschool.org/wp-content/uploads/2018/08/untitled-1.png200px200px
Contact Wellington
Wellington School Carleton Turrets 1 Craigweil Road Ayr, KA7 2XH t. 01292 269321  |  e. info@wellingtonschool.org
Our School
The School
The Nursery
The Junior School
The Senior School
Departments 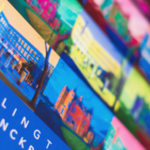 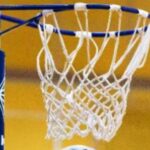