Last week, Churchill won the annual Inter House Swimming Gala with 52 points! In close second place were Curie with 50 points and third, Montgomery with 44. Bringing up the rear with a still admirable 26 points were Nightingale.

Mr Craig and Mrs Penton would like to thank all those who represented their houses with such enthusiasm including the House Captains who came to help even though they are on exam leave. 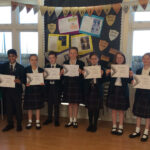 The Mini and Junior Dukes of DrumleyNews 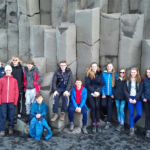