The International School Award is a badge of honour for schools that do outstanding work in international education, such as through links with partner schools overseas. Fostering an international dimension in the curriculum is at the heart of the British Council’s work with schools, so that young people gain the cultural understanding and skills they need to live and work as global citizens.

When Wellington first received accreditation in 2010, it was only the second school in Scotland to have achieved this accolade. Since then, Wellington has mentored a number of other schools (both in Scotland and abroad) on their journey towards successful accreditation and re-accreditation. This year, Wellington School was instrumental in organising a global schools partnership event in India, which brought together schools from four European countries with establishments in Jaipur, Rajasthan.

“Bulgaria, Canada, France, Germany, India, Romania, Slovenia and Spain are just a few of the countries our pupils and staff have worked with over the past year. International connections bring the curriculum to life. Playing rugby in France gives an impetus to both the PE and Modern Languages Departments. Giving a concert in Germany exposes our young musicians to playing in an international venue at a young age. International Education, however, is not about trips abroad, it is about developing global awareness in our pupils and helping them to see their place in the world as young global citizens. In an increasingly connected world, their future colleagues may not be the people sitting next to them in class but a young Indian or Canadian working on a project with them over the internet. The opportunities offered to pupils at Wellington School give them an advantage when writing university applications and CVs. Our pupils can show that they already have the skills which allow them to work in a variety of environments with different nationalities.

Meanwhile, John Rolfe, from the British Council, said: ‘Wellington’s fantastic international work has rightfully earned it this prestigious award. The International School Award is a great chance for schools to demonstrate the important work they’re doing to bring the world into their classrooms. Adding an international dimension to children’s education ensures that they are truly global citizens and helps prepare them for successful future careers in an increasingly global economy.’

The award is now available worldwide in countries such as India, Sri Lanka, Egypt, Lebanon, Cyprus and Pakistan as part of the British Council’s Connecting Classrooms programme. Around 5,000 International School Awards have been presented to successful schools in the UK since the scheme began in 1999. 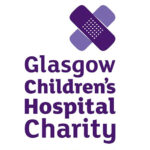 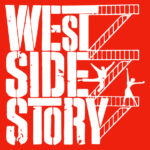