We are delighted to announce that Mr David Kennedy has been appointed as Bursar of Wellington School, and will take over from John McColgan in July 2017.

David has lived in Troon since he was a child.  Educated initially at Hartfield House (when it was a primary school), he then moved on to Crawfordton House in Moniaive and Merchiston Castle School in Edinburgh.

On leaving school he joined the Clydesdale Bank and worked there for the next 30 years before transferring to their parent company National Australia Bank until leaving in late 2016.  During this time he obtained his Banking qualifications and latterly in 2010 was awarded a Fellowship of the Chartered Institute of Bankers in Scotland.

A passionate rugby supporter, he used to play for Marr and now enjoys spectating (the local derby v Ayr should be interesting next year).  Golf is now his main sport as a member of Royal Troon Golf Club.

David is married to Robyn and has two daughters, one at St Andrews University and the other starting Strathclyde University this September.  He is looking forward to meeting everyone and being fully involved in Wellington shortly. 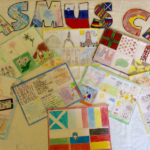 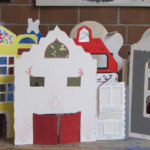