Mrs Bradley accompanied Wellington pupils to the 94th Ayrshire Music Festival this week. Wellington pupils always perform extremely well and this year was no different! Here, Mrs Bradley gives a summary of the successes and acknowledgements from the Speech and Drama section on Tuesday:

‘This year all of Primary 7 and a great number of pupils from both Junior School and Senior School took part in the Ayrshire Music Festival’s Speech and Drama competition. The video (click the button here below) is of Primary 7’s Choral Speaking Entry which was also performed at Assembly on Tuesday morning to our guests from Malawi and France.

The morning session saw winners in Poems for Burns, Scottish Verse and Public Speaking. Congratulations go to everyone who took part but a special mention must go to: Aditi Mudunuri, Isla Hall and Ava Clachan who performed from the Junior School. Rory Kilpatrick, Erin Ward, Jonathan Dunn, Annika Cooke and Lillie McCluskie who were all placed in the Poems of Burns Class of Primary 6-7.

The afternoon competition saw outstanding performances by Katie Ronnie and Sandy Ronnie and by our Senior pupils in Public Speaking, with the winning trophy being awarded to Anubha Bal and runner up awarded to Meera Mohankrishnan.

Sophie Craig competed in the Set Poem, Favourite Poem, Scottish Verse, Burns and Shakespeare Classes winning each of them and collecting several pieces of silverware. Mr Raffel (President) commented on the fact that ‘she may need Securicor’ to get her home with all her prizes.

Before Sophie’s Final performance, Sophie thank Mr Raffel and his committee for all their hard work and effort over the years, which she has benefitted from having performed in the Festival since she was in Primary 2.

Well done all who took part, you should all be very proud!’ 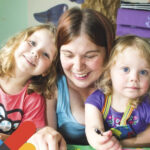 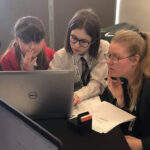