Wellington is the only school in the south west of Scotland where pupils have the opportunity to study Latin and Classical Studies. Future destinations may include, but are not limited to degrees in Law, Languages, History, Archaeology and Business.

Pupils may choose Latin as an additional language on entering S1, which they will continue to study until the end of S2. Using the Cambridge Latin Course, pupils gain a good grounding of the basic grammar of Latin. The course is based on life in the town of Pompeii, and its destruction by the volcano Vesuvius in 79AD.

The majority of S2 pupils choose to continue to study Latin to National 5 level.

Pupils prepare for their National 5 Latin by studying and translating passages based on the myth of Cupid and Psyche, which combines Greek mythology and Italian folktales. Two Latin authors are studied in depth: two letters of Pliny (who writes about the supernatural and the behaviour of dolphins) and Ovid (his retelling of the myth of Daedalus and Icarus).

At Higher, pupils study the art of oratory, by examining the speech of the Roman lawyer and statesman Cicero in his prosecution of the corrupt governor of Sicily. This is compared to techniques used by modern politicians. Pupils then examine Ovid’s Metamorphoses, studying how he presents two stories of love, comparing them to works of Shakespeare and modern film makers.

S5 and S6 pupils who have no knowledge of Latin but good pass marks in other subjects can opt to study Higher Classical Studies. The course involves studying translations of two Greek tragedies: Oedipus Rex and Agamemnon. The religious and philosophical beliefs of Romans and Greeks are also explored.

Higher Classical Studies candidates can then progress to study Advanced Higher Classical Studies in S6. This course comprises Greek and Roman philosophical and political thought (by studying Plato’s Republic, Aristotle’s Politics and Cicero’s treatise On Obligations). Pupils explore themes such as utopian solutions to government, the nature of justice and happiness, and how we should live together, comparing Classical ideas to later philosophers and ideologies such as utilitarianism, Marxism and the thoughts of Machiavelli.

This course is also open to pupils with good Higher passes in other subjects such as History, English and Modern Studies.

S1 and S2 pupils visit Hadrian’s Wall each year. They examine the finds there and learn more about the work of archaeologists. A cross curricular trip to Pompeii in conjunction with the Geography department is currently in planning. 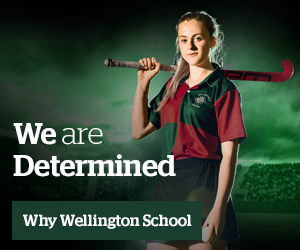